Organizations will be finding it increasingly difficult to continue to run Windows Server 2003, including R2, which is no longer officially supported by Microsoft. It will continue to operate but, as of the Patch Tuesday of July 14, is no longer receiving any more security updates or fixes, making it a serious vulnerability for firms that still run it.

Talk to Kraft Kennedy about protecting your firm’s infrastructure. 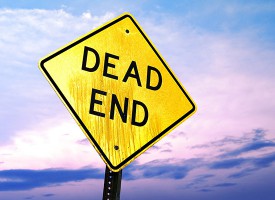 The lack of ongoing patches may lead to malfunctioning systems and consequent downtime, and, more worryingly, security vulnerabilities. As Microsoft announces problems in newer versions of Server, hackers will look for the same in Server 2003, which may have the same issues, but, unlike later versions, will not be getting them fixed.  While this may not be a critical problem on the first day after end-of-support, the situation will become dire with every passing month, as Microsoft releases more patches for Server 2008 and 2012 and hackers find weak spots on their own.

Firms should upgrade to Server 2008 or Server 2012, depending on their individual needs, or they can negotiate an Extended Support agreement with Microsoft, which will provide added protection but may prove costly.

Many organizations are still running Server 2003 and are reluctant to upgrade because the change may require IT departments to also upgrade applications. Server 2003 runs 32-bit applications, while Server 2008 and above is meant for 64-bit. The upgrade, however, will be worth it. Organizations will find themselves not only more protected on a later version, but also able to take advantage of extensive new features in the later systems that can make management easier for IT and provide users with a more productive experience.