The Spring Creator’s update was finally released on April 30.

Formerly called Windows 10 1803 and expected on April 10, the new version was allegedly postponed due to Microsoft’s last-minute discovery of a significant bug. Whatever turmoil occurred behind the scenes to cause the delay, this version officially succeeds Windows 10 1709, which will reach end-of-service on April 9, 2019.

Here at Kraft Kennedy, we have deployed the Spring Creator’s Update firm-wide. A few noteworthy features set the new release apart from previous versions. For demos, check out this recording of our Insider’s Preview webinar.

Using Task View, the new timeline lets you get back to where you left off in Microsoft Edge, Word, Excel, PowerPoint, and OneNote, we well as updated versions of Maps, News, Money, Sports, and Weather Edge.

The Microsoft Edge browser has some new features that allow Progressive Web Apps (PWAs) on Windows 10. For instance, each app now gets its own window and task bar shortcut. It can run offline and send notifications. Google, Mozilla, and Microsoft are all supporting PWAs, and even Apple is adding some support for this technology.

This is essentially the new version of Quiet Hours.  Set rules about notifications and alarms to keep distractions at bay while you are working or relaxing. 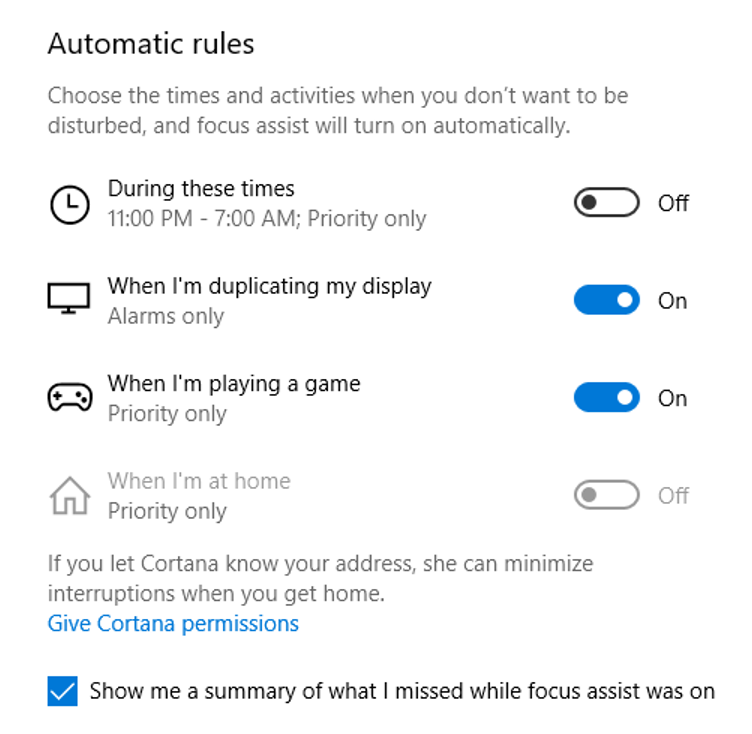 The browser has added a host of improvements, such as full screen mode, autofill on web forms (including, conveniently, in inPrivate mode), better roaming across devices, the option to mute a tab, and more.

Microsoft has upgraded Windows Privacy settings to let you view, search, filter and delete Windows Diagnostic Data. The new version of Windows Defender Application Guard (WDAG), which has been available to Windows Pro users for a while, boasts a significant improvement in performance.

1803 also features miscellaneous interesting updates like the ability to change volume setting by application, improvements to Windows Shell, and the Cortana Show Me app. Microsoft has delayed, however, the release of a few features that were previously slated for this release, including Cloud Clipboard and Immersive Search Experience.

As beta users, we have had ample time to familiarize ourselves with the nuances of the new update. For demos and more details on the new features, check out this recording of our webinar Insider’s Preview: What’s New in Windows 10 1803. Stay tuned to our events page to know about out upcoming webinars.