It’s hard to believe, because it’s still so fresh in my memory, but it has been almost two years since I wrote an article called Remember, the Stuff Your DMS Runs On Can Fail Too. In it I describe how sometimes the foundations of an enterprise network fail and knock your DMS offline. Simple things, like a file server running out of space or an Active Directory DNS issue. Things that result in DMS failures and users gathering with their pitchforks.

“Best practices” can be a cringe-inducing term to some people. It’s been bandied around often enough that it has nearly lost its meaning. But the accrued knowledge from past experience that it refers to is undeniably important and shouldn’t be disregarded. Best practices are important when designing a network infrastructure. Many decisions have to be made then: Which storage solution should we pick? Where do we need to have redundancy? How should we design Microsoft Exchange?

Let’s take, for example, Exchange, and explore how design decisions can affect your firm in unforeseen ways.  Kraft Kennedy has long advised our clients that Exchange should be designed with redundancy on the front-end CAS role, as well as on the back-end Mailbox Server role. This ensures that if there is an issue with one server, mailboxes remain online and accessible. With the increasing amount of time that email takes up as part of our daily work, every second that your mailbox is inaccessible should be deemed unacceptable. Due to hardware requirements, licensing and implementation costs, or fears of complexity, some firms may decide to forgo a redundant Exchange system in favor of a simple, all-in-one Exchange Server. While this would technically work, it would only provide access to email while it’s up and running. Any crashes, reboots, or patching will result in a loss of access to the mailbox.

With Outlook Cached Mode, that may not be the end of the world. Outlook will flip to offline mode and once the 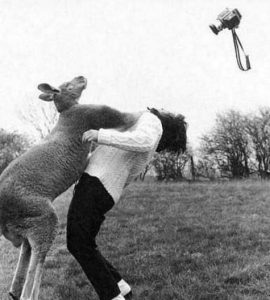 Exchange server boots back up, the connection is restored and the new emails flow back in. This can, however, affect other products behind the scenes, such as iManage with server-side email filing. The WorkSite Communication Server for Exchange (WCSE) uses AutoDiscover to connect to users’ mailboxes. If the mailbox is inaccessible, WCSE tries to connect ten times. Once it hits tenfailed attempts, the WorkSite user’s Exchange connection is marked as “Failed” and WCSE will no longer try to file emails for that user. Why bother? The mailbox went away.  The problem though is that the ten tries could occur within the several minutes of a reboot or hardware issue. The WCSE just loops through user mailbox connections over and over. Once a user is marked as failed, it must be reset via a SQL query and the WCSE service must be restarted. The way to avoid this would be to stop the WCSE services prior to known Exchange downtime. But what about the unknown down times?

So do we blame the DMS vendor? I wouldn’t. How long should you retry a mailbox connection? How many failures? What’s the right number? It should be an extremely rare occurrence that a mailbox is not accessible. iManage, in my opinion, is correct to assume that there should be some level of redundancy on Exchange. Kraft Kennedy certainly puts in redundancy in all our Exchange environments, and we would always advise a customer to do the same if they asked for our advice.

This isn’t the only example. Another common example of avoiding best practice recommendations would be to use thin-provisioned disks in VMware. Thin provisioning sounds great! You mean I can say a volume is 500 GB but really it only has 100 GB? And it’ll just expand and use more space when it needs it? Sign me up! But this causes trouble if your drives are oversubscribed. A year later, some log file explodes and now your storage volume is full and your virtual environment chokes.

The point here is to try to understand how decisions in one system can affect others down the road. Avoiding best practices can cause a ripple effect that lurks under the water and attacks you when you least expect it.