Microsoft is clearly eager to get its customers to Windows 10. Incentives to move to the new OS are piling up. Meanwhile, problems with running older versions are growing.

6 reasons why the move to Windows 10 is unavoidable and urgent:

1. You can’t buy new hardware until you upgrade
New computers, tablets, and laptops only support Windows 10. They run the new Kaby Lake processor from Intel, which does not support Windows 7 or 8.  We have tried retrofitting new hardware with Windows 7 or 8.1. Believe us, it is a difficult process. The upside is that Kaby Lake does boast a significant boost in performance, responsiveness, and graphics.

2. Your existing hardware could also stop performing if it’s not on Windows 10
If you bought workstations for your firm in the last two to three years, chances are that they are running Skylake processors. These work with Windows 7 and 8.1, but only until July 2018. After that, there won’t be any more patches for them, leaving them vulnerable to compatibility and security issues.

3. Security
Not all the reasons are negative. Windows 10 includes new features that many are loving. One of them is Hello, which uses heat sensor and facial recognition technology for increased security. Like Windows 8.1, it has Secure Boot, and adds on Windows Defender Advance Threat Protection, Device Guard and Credential Guard.

4. Start menu and other perks
The Start Menu, sorely missed in Windows 8.1, is back in Windows 10. Other perks include free tools to replace third-party applications you are currently paying for on top of Windows. And, as is typical with upgrades, the new system has faster startup speed and better overall performance.

5. Mobility
Microsoft’s new strategy is “cloud-first, mobile-first” and Windows 10, its most mobile-friendly system ever, reflects that. Many law firms are looking to empower their mobile workforces, and the new OS is built for that, with licensing incentives and cross-device compatibility. 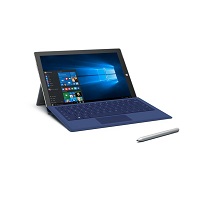 6. Home computers outpacing the office
Home computers—and even some office workstations—were  pushed to upgrade to Windows 10 when it came out last year. This reflects Microsoft’s new attitude towards upgrades. They will be pushed more often and with less control by users. Soon your users’ home computers may be drastically more advanced than what they use in the office.

Kraft Kennedy is helping those on the road to Windows 10 and offering complimentary hour-long consultation with Windows 10 Architects this spring. Talk to an expert about the best path for your firm’s upgrade. To get started, fill out this form with your preferred date and time (availability is limited—we recommend prompt scheduling).