1. You become the point person 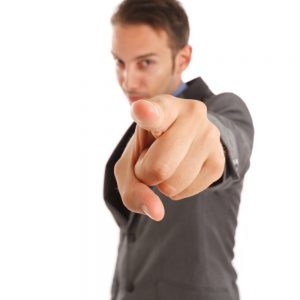 The first project I was ever put on required me to play a supportive role. I participated on calls, took notes, and supported the lead project managers. I didn’t have a problem with this. In time, I earned the responsibility of taking calls on behalf of my colleagues. Before I knew it, I was leading my own meetings, asking for follow-up from team members, and generally managing all of the resources assigned to the project team.

Part of being the “point person” involves speaking on behalf of the members of the project team. It was a gradual change and with it came the responsibilities of being the team’s voice. Not only did I assume the responsibility of leading project meetings, I became the liaison between those groups, the “keystone” holding the two sides at bay. It’s a lot of responsibility to be the person who has the answers, since it can mean the difference between a job miscommunicated and a job completed. Your mistakes are no longer just yours alone. Which brings me to my next point…

2. You can’t be a perfectionist

Call it a strict upbringing, call it an innate desire for the world to work a certain way, call it what you want–I grew up with a desire for perfection. Often in my personal life I focus too much on ensuring that my ducks are all in order and not enough on whether they can walk and quack. I’ve realized that I can’t do this in my Project Management work.

I remember the first time I was asked to give a status update for an upcoming meeting. It involved generating statistics for the project’s progress. I spent all of two hours counting, checking, and double-checking my numbers. Eventually the time came for the status call and, when asked about the statistics, I proudly read them out. I realized much too late that I had forgotten a portion of the numbers entirely and couldn’t provide status on the ones I missed. After that call I looked up the missing stats and quickly sent them out in a follow up email. I was being a perfectionist.

When questions are asked, answers need to be given, and making sure you have them ready is more important than making them perfect. Any Project Manager worth his or her weight will focus on getting the work done. Though there may be different styles of reaching that point, there’s really no finesse to being a Project Manager, just the dichotomous “yes, I did X” or “no, I did not do X”. This is also why…

3. It can be a thankless job

The first time I ever felt like I did a good job, I felt proud. “Look at the amazing job I did!” I said to myself, “Everyone will be impressed and will recognize my worth!” Though I didn’t receive the kind of praise I may have wanted, I learned to stop expecting it.

Project Management work can be thankless. This isn’t to say that it’s not valuable or worthwhile, just that it’s necessary work. You aren’t judged based on your ability to successfully hold a meeting, organize project schedules, or generally ensure things go smoothly, so naturally you won’t be getting a gold star or cookie for doing those things well.

On the contrary, when you do your job right, it can be easy to forget that you did anything at all. It took me a short time to realize that I wouldn’t be the person to do the actual project work. Rather, I would be responsible for guiding and managing those who would be doing it. Put another way, a Project Manager is a conductor and his team is his orchestra. While the orchestra could certainly play their instruments beautifully on their own, a good conductor leads his orchestra and keeps them on track, speeding up and slowing down as needed. This is one of the most important parts of being a Project Manager. You’re there to play a very important supportive role, to enable your team members to do their job, a task that has its own set of responsibilities.

4. You manage people as well as projects

Though it may be shocking to some, a Project Manager needs to be able to read and respond to members of the project team. The backbone of any project is the people on the project team. Their work enables the project’s success. But allowing and encouraging those people to be successful is a different matter entirely. Gauging the “tone” of a meeting or conference call helps you steer the direction of the meeting. Speaking to team members directly and keeping lines of communication open enables a fluid exchange of ideas and feedback. Being open and honest with each project team member sets the tone for all further interaction and encourages transparency. Having good people skills allows you to start meetings with small-talk and light banter, keeping everyone’s moods up.

Skills like these may seem intuitive, but developing and applying them to the methodology  is challenging. Rest assured that developing the skills and techniques of managing the people assigned to your projects is time well spent.

5. The work is extremely rewarding

In spite of all of the responsibility that comes with being a Project Manager, it’s been an incredibly fulfilling career path. It’s certainly not for the faint of heart, those who may be afraid of taking charge and assuming responsibility in the face of adversity and difficult odds. When you’re responsible for a project, there are people who depend on you to guide them to the mystical promised land of project closure. Often a project manager has to make tough decisions throughout the life of a project; but when you’ve put the hard work into properly initiating and planning a project, mindfully executing while carefully monitoring and controlling it, waling your team into the promised land delivers a sense of accomplishment and reward.

In any case, project work is extremely fulfilling. Fulfillment comes when people begin to realize that they can rely on you to manage them through a problem. It also comes when you realize that you can depend on yourself to get the job done. My choice to pursue Project Management has certainly had its ups and downs. I wouldn’t call the job easy, but it’s only been as hard as I’ve let it be, which is something I’ve had to learn on my own.

It goes without saying that any field of work will come with its own set of rules, guidelines, and “how-to’s.” Couple that with the technical specifics of your chosen field and you have quite a full plate. Project Management is no different. Continued education is something I value deeply and being in this field of work has shown me just how much there is to learn. In addition to the technical methodologies, project specifics, and general interpersonal skills I’ve picked since I’ve started my Project Management journey, what surprises me the most is just how much I’ve learned about myself.

I’ve learned that I make mistakes. I can rush things and be hasty with my deliverables. I may accidentally cut someone off in a conversation and might not have the technical prowess that my more experienced colleagues do. But I’ve also learned good things about myself. I‘ve gleaned that I’m a quick learner, that I can keep my pride to a minimum and ask for assistance when needed, and am more than willing to help out when asked.